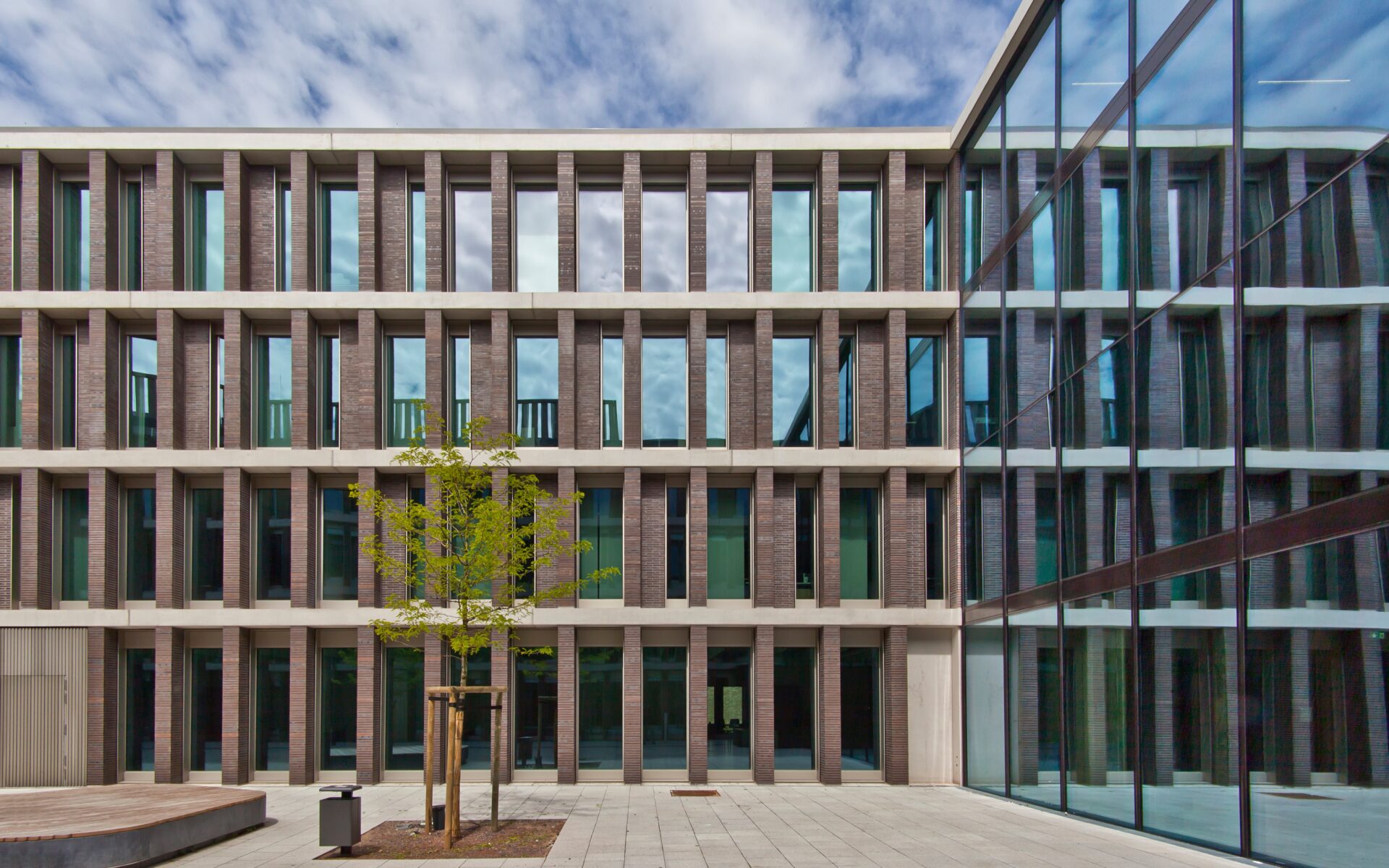 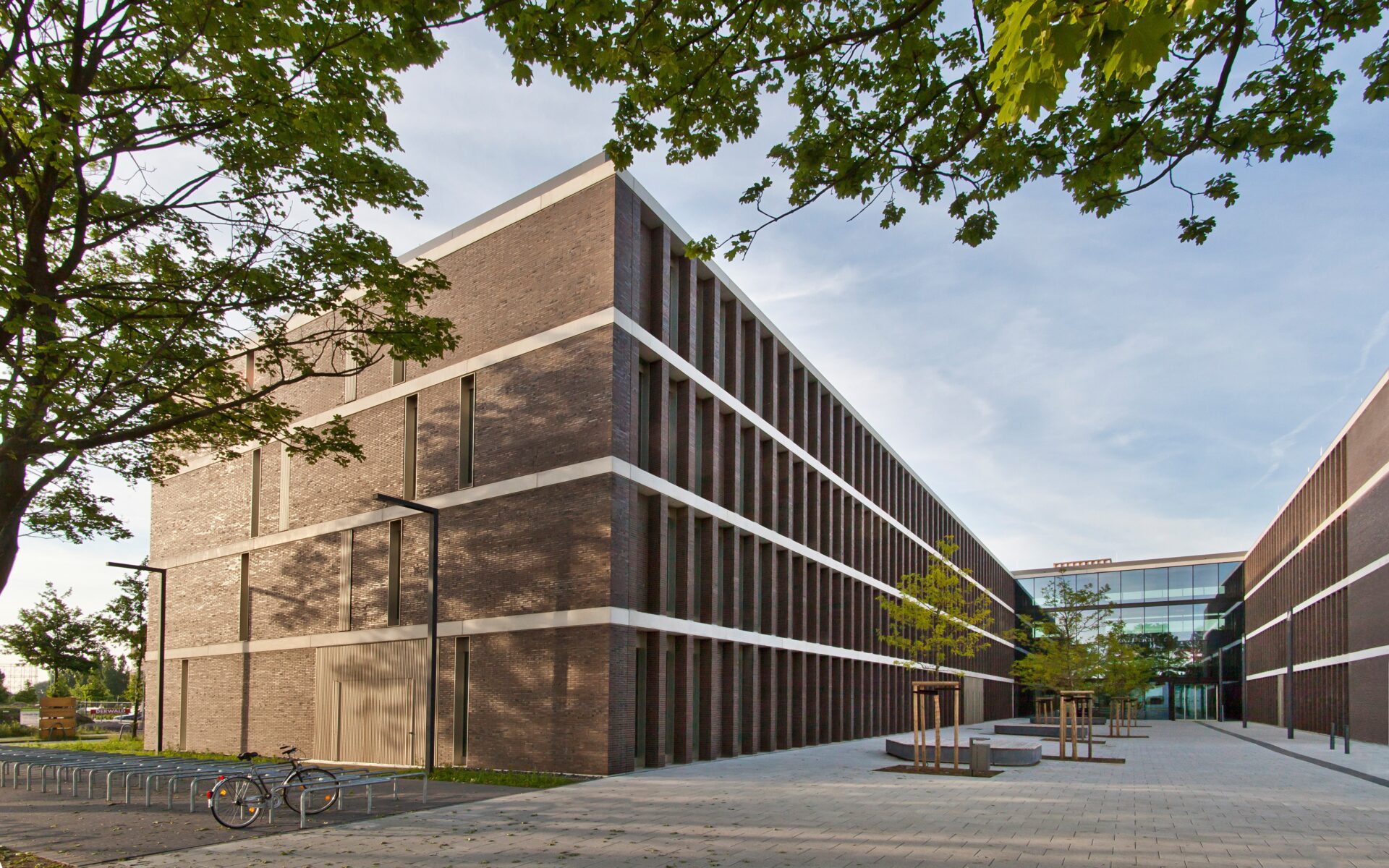 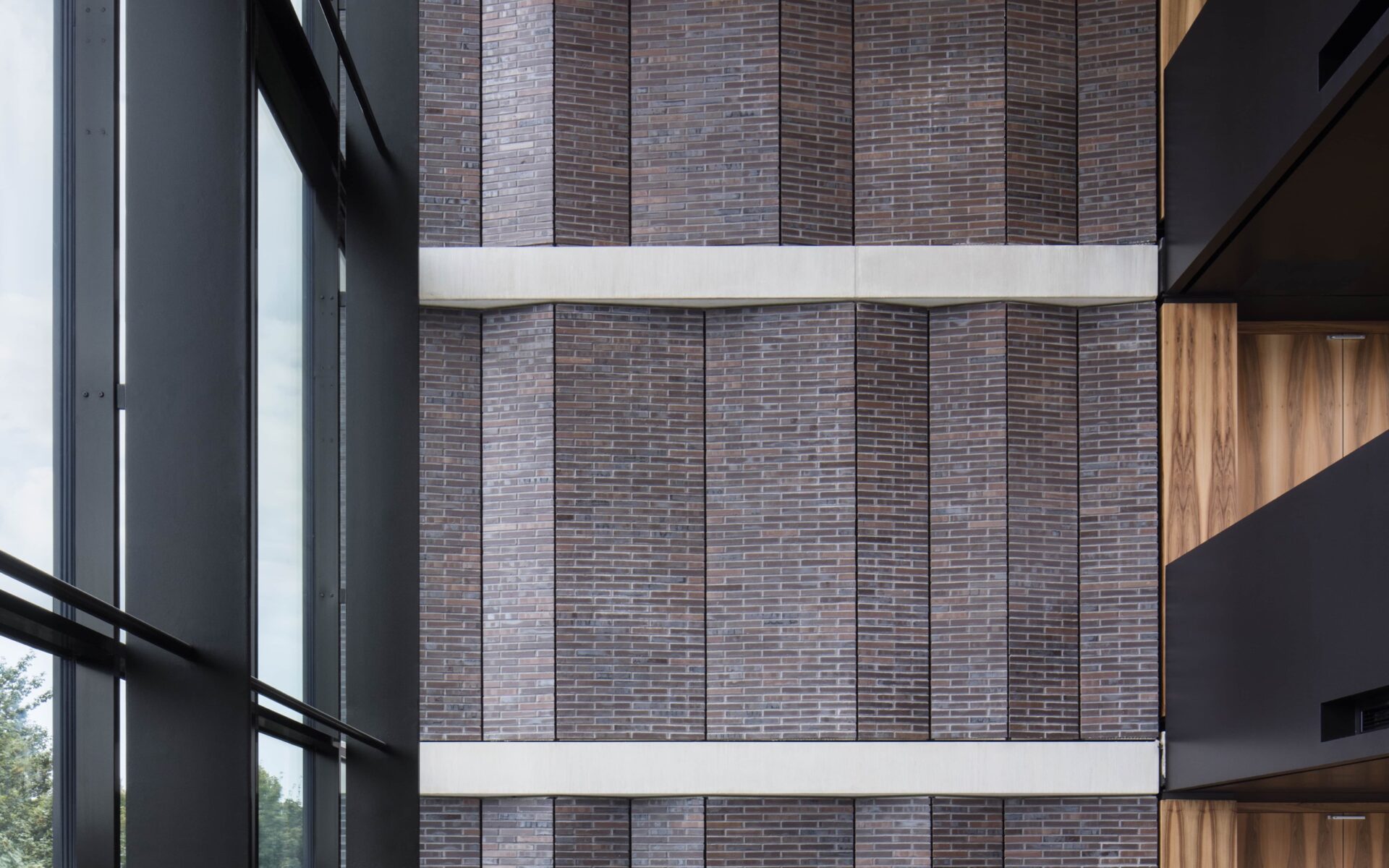 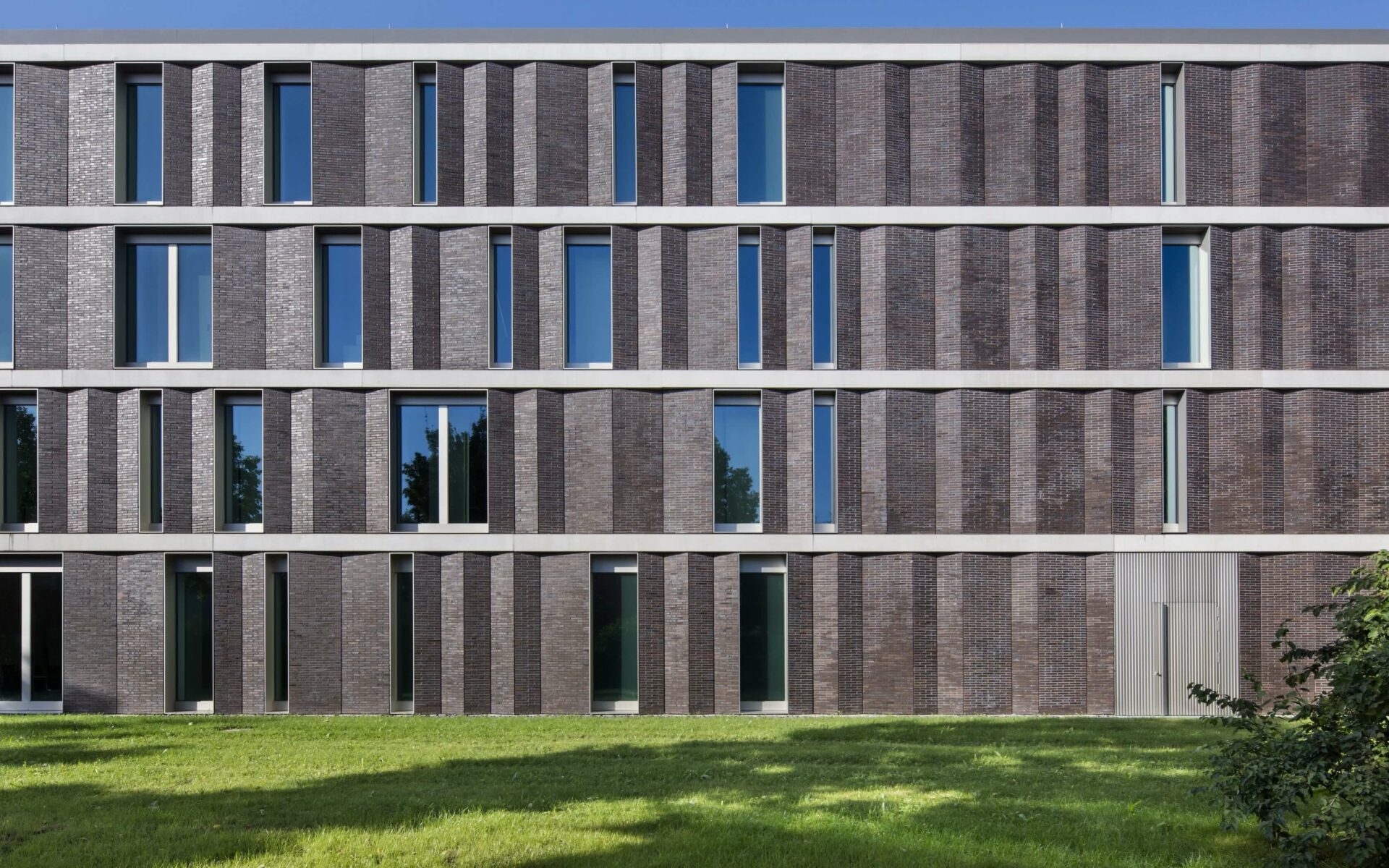 Designed to replace the old building on Andreas-Hofer-Straße, the new regional tax office building on the site between Albersloher Weg and Martin-Luther-King-Weg in Munster needed to demonstrate the values of the administration's modern, civic and efficient management of resources.

The idea behind the design of the 15,000 square metres of office space, carried out in partnership with German firm Schuster Architekten, consisted in designing one long volume to which are connected five four-storey buildings, separated by three inner courtyards.

Inside, a large, light-filled entrance hall leads visitors and staff to the different financial management services, each one within a different wing of the building. The fifth and largest wing, located along Martin-Luther-King Weg, houses Munster’s tax department, tax court and local tax office, while the main building and the four smaller wings are used by Munster’s regional authorities. Deliberately minimalist in design, the building's envelope is an interplay of modernity and tradition with typical Munster red bricks and visually lightweight narrow concrete bands, it resembles a half-open curtain that lets in the maximum amount of natural light. These openings have been designed to ensure the optimum protection from the sun. Flat window frames on the north and east sides of the tax office allow maximum daylight to enter the interior, while the lower window shutters on the south and west sides protect against excessive sunlight. 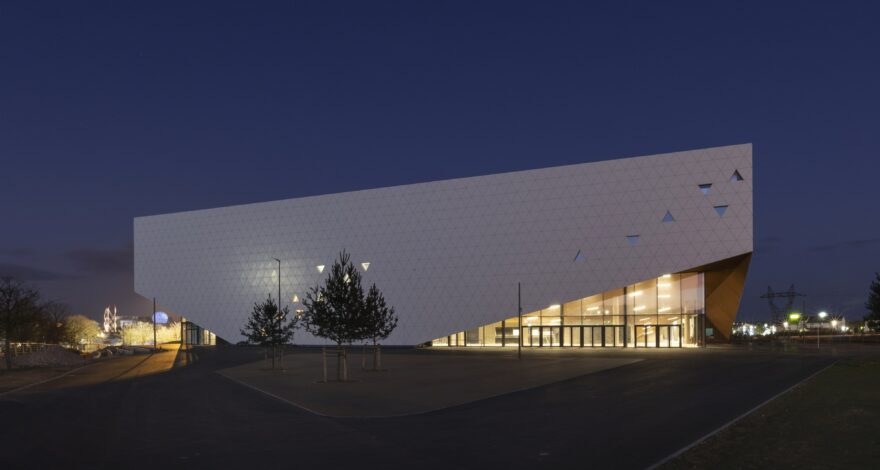 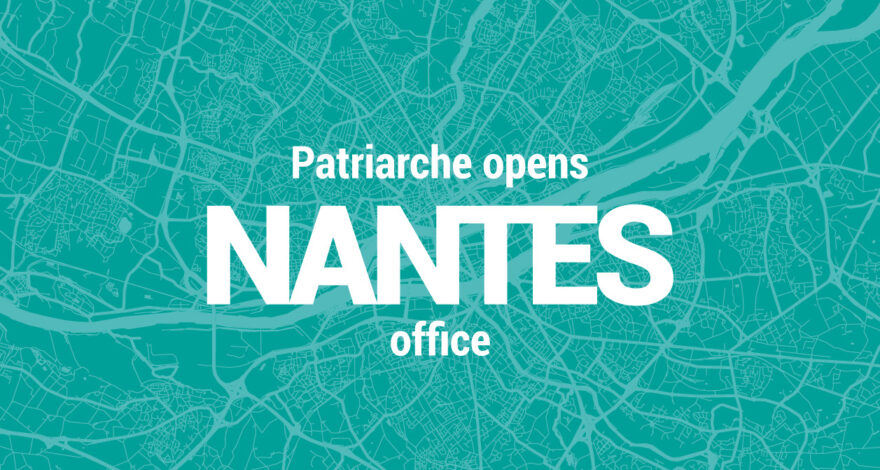